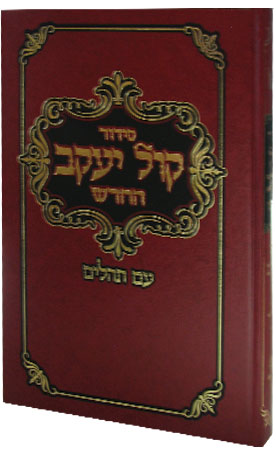 full month early. Instead of little boys receiving haircuts, the area was filled with older children praying with all their heart. Some were in wheelchairs. Some held the hands of their mentors. All sensed deep inside that they were at a special place. These ‘special’ youths prayed and sang in Meron, at the highlight of a special retreat organized for them for the few days preceding Pesach so as to enable their parents to prepare for the holiday.

A tremor of emotion ran through the people gathered for prayer at the gravesite of Rabbi Shimon bar Yochai when they noticed some hundred special-needs youths arriving at the site together with their dedicated counselors, under the auspices of Ezer Mizion.

Ezer Mizion retreats take place every year in the summer season and are renowned for their dedicated efforts on behalf of special needs youth. The announcement of the new pre-Pesach project was a real breath of fresh air for the youngsters’ parents, who lost no time in registering for the program. The retreat enabled the families to prepare properly for the holiday, giving the parents a break from the devoted care for their children and providing fun activity for the youths.

In the course of the retreat, the youngsters went with their dedicated counselors on an outing, which climaxed with a moving visit to the gravesite of the holy Tanna Rabbi Shimon Bar Yochai in Meron. There, they were greeted by representatives of the site administration and the five-member committee, who diligently prepared the holy site to receive dozens of wheelchairs, along with the rest of the youngsters and their counselors. Rabbi Shimon’s gravesite assumed once again the special festive aura of the “Hilula” celebrations that take place there regularly. Sunshades were spread out, amplification systems were set up, a band was brought in from Tzefat, and more – all carried out with special devotion to bring joy to Hashem’s special children.

After the torch was lit, in true Meron tradition, Dov Zilberman’s band burst out in a medley of Meron songs, beginning with “Bar Yochai nimshachta ashrecha.” A large crowd of people, who had come to the gravesite to pray, spontaneously joined the circles of dancers.

Many of these youngsters never before had a chance to visit Rabbi Shimon’s gravesite. In the midst of the great celebration, a 41-year-old wheelchair-bound “youth,” who was injured in an accident in childhood and has been confined to a wheelchair ever since, asked for the microphone and roared in an other-worldly voice: “I am 41 years old and I was never brought here before. Today, thanks to the Ezer Mizion ‘angels,’ I am here for the first time, and all this rejoicing is in our honor!”

After a moving Minchah service, the youngsters and their counselors parted from the prayers and enthusiastic dancing at the gravesite in soaring spirits. As they left, they boomed in song the prayer, “Acheinu kol Beit Yisroel- all Jews are brothers and added a plea to the Creator to have mercy on all the people who are ill.