The Story of the Biggest Helping the Smallest


A frightening diagnosis, loss of hair, and the constant fear that the disease would return… four children who overcame cancer with the help of bone marrow transplants facilitated by Ezer Mizion and a very strong determination…
“It was in the middle of sixth grade when I noticed a strange lump in my armpit. At first they thought I had appendicitis but I heard the doctor say those words-the words everyone is scared of. I had questions but the biggie-you know what I mean- I couldn’t even ask, not even to myself. ”
So began the battle of 17-year-old Amit Kalmanowitz overcoming the disease no less than three times (!) in the course of just five years.
“It’s hard even for me to get my head around this story even though I lived it,” Kalmanowitz confesses, as he recalls the moment when he discovered that the illness had attacked his body for the third time. “I was in music camp with my class, on the beach at Caesarea. At some point, I sat alone on the sand, watching the sunset. I had a gnawing, undefined bad feeling. Something was not right but I didn’t understand what. It was only when I got home that I realized the cancer was back. Again. I needed treatment immediately. Being so busy was actually a good thing. It didn’t let me think. About you know what. I didn’t even have time to digest the fact that life may go on for all those around me but I may not be there. The trick is to know how to keep going, without self-pity and without anger. You want to get away but you can’t get away. You are the cancer and the cancer is you. You understand at that moment that this is what was decreed for you and there is no place to run. You have no choice but to think positive.”

Ten-year-old Yonatan Dor from Nes-Ziona will never forget his eighth birthday. “I had a hacking, dry cough,” he remembers. “I noticed a swollen gland in my neck and showed it to my Mom. We went to the doctor and he sent us straight to the Emergency Room. I didn’t really understand what was going on, but within a few hours, I found myself already in a room, hooked up to an IV. It hurt a lot. My parents didn’t want me to have to sleep with the hospital blankets, and they brought me my quilt from home, but I still was all worked up. It turned out that I had leukemia. I was really angry that this was my birthday present. I was just a little kid and didn’t really understand.”
Seven-year-old Ilai De Silva from Herzliya, his mother, and 12-year-old Binyamin Koshinsky from Petach Tikvah looked anxious to have their say. “In the case of Ilai, it was a real miracle,” his mother relates. “The disease attacked him very aggressively, requiring a bone marrow transplant. There were 11 possible donors. A few days later, I received an urgent call from the nurse to come to the hospital. I drove all the way with tears blinding my eyes. I didn’t know what to expect. She didn’t tell me. But on the way I got another call from Ezer Mizion. The person on the other end sounded so happy. I just knew it was good news. And it was. She was calling to inform me that they have a donor. Instantly, the tears were transformed into tears of happiness. A donor! Life for my little boy!
Did any of you have a chance to meet the donors?
Ilai: “Sure! My Mom screamed ‘Thank you’ at least 20 times and then started smothering the donor with kisses. I remember that we hugged, and she gave me a gift- a car with a remote control. She was really nice.”
Yonatan: “My donor gave me chocolate. But more important, he gave me life. I don’t think there is any greater gift in the world. It’s so scary to think about what would be if he hadn’t registered with Ezer Mizion.”
Kalmanowitz: “In my case, finding the donor went very quickly, something like three weeks from when they started the search. I remember how excited the doctor was. She asked me to give her a kiss. I almost did. The truth is that to this day, I didn’t meet the donor. It’s a major step. It’s not like meeting someone to play basketball. I guess I am waiting for the right timing, when I’ll feel ready.

“I FEEL LIKE A TRUE SURVIVOR”
Binyamin joins the dialogue at this point and talks about the point when they discovered he had cancer. “My illness began when I was two and a half-years-old. I had high fever for a few days, and the doctor claimed it was a virus. Well, it wasn’t a virus or the flu or any of ‘good’ diseases. It turned out that I had leukemia. When I was seven, the disease came back. But now that I have a transplant, I hope it’s gone for good. Today, I’m happy to say, I have gotten past it. The fear isn’t there anymore. Well, not too much. I really feel that I matured.”
What was the hardest moment during the treatments?
Binyamin: “You’d be surprised. You’d think I would be worried about dying but I guess that’s too big a worry to handle so I focused on a littler worry: how would I handle my hair falling out. They told me it might grow back differently. I hoped I would have straight hair, not curly. It didn’t exactly turn out that way…”
Ilai: “When the hair starts falling out, it was very itchy. It simply drove me batty When my Dad saw that my hair started falling out, he was ready with the haircut machine. That was a big help.”
Yonaton: “The hairs stick to every possible place except where it belongs. I was embarrassed to go out like that. I always went around with a hat.”
The foursome endured weeks, and even months of intensive treatments in the hospital which kept them out of school for long periods.
“At first it was fantastic. I loved the fact that I didn’t have to do any schoolwork. But as time went by, I began to miss it more and more. It’s no fun to know that you’re stuck in bed or in the hospital while everyone else is having a good time,” admits Ilai.
Did you succeed in making up the work?
Kalmanowitz: “You are speaking to someone who missed half of sixth grade, a third of seventh, almost all of eighth, and all of eleventh. It was a crazy time. But, I’m happy to say, I managed to make up all the work in a snap. The problem was more the social angle. A lot of friends used to come to visit, but still, at the end of the day, you are the one who is left to cope alone with the disease. It was like we could connect up to a point but then I was left alone-the kid with cancer-while they were leading ordinary lives.
Binyamin: “TV became my best friend. It was no problem for me to miss school. It just freed up more time for me to watch some more series.”
In spite of the boys’ grinning faces, it is clear that the trauma of the illness left its mark.
“You find yourself paranoid, checking all the time for another lump, G-d forbid,” attests Kalmanowitz. “In medical lingo, they talk about needing five years of complete recovery before a person is statistically out of the woods. In my case, the cancer came back two months before the five years were up. You can’t imagine what it feels like to be so close to the finish line and have to start all over again. It’s like some of those games where your dice is close to the goal but then you draw a card that sends you sliding all the way back down. It was crazy! 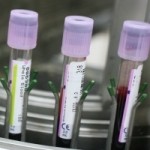 What did you learn about yourselves as a result of the illness?
Yonatan: “I understood that everyone is different. Some people have this problem and others have that. I learned to appreciate what is going on in my body. When something works, I appreciate it. Sometimes I imagine to myself that I am competing in “Survival.” I really feel like a true survivor.”
Binyamin: “I know I’m capable of going through things I would never have thought I would be able to handle.
Kalmanowitz: “I learned that I am capable of walking through walls and that I have a lot more self-confidence. I was sure I was born into a life of pain and suffering, but somehow, I managed to get back on track. Today I can honestly say that I enjoy life every day anew. You won’t see me getting stuck on trivialities. I learned to enjoy and appreciate the small things.”
What message would you like to give other cancer patients your age?
Yonaton: “There is a line in a song by Aviv Gefen that goes everywhere with me: ‘It’s not enough to live, you have to be alive.’ You could say that this sentence summarizes everything I believe in today.
Do you have a message for the general public?
Ilai: “Maybe we should ask people to wake up and come register. And for those people living outside of Israel, it would be great if they could help with donations. Genetic testing costs a mint! I give part of my allowance to Ezer Mizion. It’s not a game. It’s to save lives. We’re the lucky ones. But there’s a lot of kids out there still waiting. I’ve met some of them.”
EZER MIZION – THE BIGGEST JEWISH REGISTRY IN THE WORLD
Ezer Mizion is the largest voluntary organization in Israel in the realm of medical support. The organization’s flagship projects, which it has been developing since its founding in 1979, include the International Bone Marrow Donor Registry. As of today, the Registry numbers more than 650,000 potential donors, making it the biggest Jewish registry in the world. Every year, the Registry receives thousands of search requests from Jewish cancer patients across the globe.
Candidates to join the registry include people in good health, aged 18-45, who have not yet joined any other such Registry. Ezer Mizion’s Bone Marrow Registry has already saved the lives of more than 1,100 people and continues to so every single day. In order to continue this holy work, Ezer Mizion needs monetary assistance in funding the scanning of bone marrow samples. (The cost of scanning each sample comes to $65.)
“The stories of Ilai, Yonaatan, Amit, and Binyamin, illustrate in the best possible way the critical importance of Ezer Mizion’s Bone Marrow Registry,” says Dr. Bracha Zisser, director of the organization’s Bone Marrow Registry. “All four were cancer patients who were given the gift of life thanks to compassionate people who donated to the Registry, caring people just like you.”
For further info: www.ezermizion.org