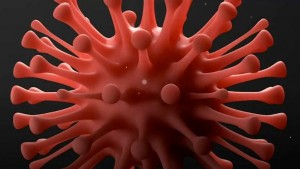 How fast is the speed of light? The scientists will quote numbers but those of us at Ezer Mizion will quote stories instead. Like the family from Italy. They were terrified to remain and fled to Israel. As per government restrictions, they knew they would be going into immediate isolation but where? They had no home. In one day, an apartment was found for them. An apartment to live in but it was empty. Ezer Mizion’s Linked to Life was called into action. Electrical appliances arrived as if by magic. Funds for basics were raised. A grocery shopper materialized. Cooked meals were organized. It touches the heart. If there is something that gives us strength during these difficult days, it’s the spirit of volunteering that we see with Ezer Mizion’s Linked to Life volunteers. Assignments are snatched up at the speed of light.
Ezer Mizion has been around since 1979. Says a staff member: Especially in these challenging days, I feel like I’m giving my debt back to society. I will start from the beginning.  I was eight and a half years old when my mother had breast cancer. Medicine was not developed enough in those days to deal with the disease. My father created a connection with the Ezer Mizion who made sure to schedule an immediate appointment for the doctor in Tel Hashomer. I remember that he told us how he waited there, confused and scared. He said that the volunteers came to him, who brought him food and drink and said that they are now accompanying him and all of us, that we are now family. Really– in these words. And so it was. Since then, Ezer Mizion was always there, in medical counseling that was critical in the great confusion and in sending volunteers who accompanied, supported and helped us throughout the period. After a year of treatments, my mother passed away. 20 years have passed since then. At the age of 10, I started volunteering there. Today, I run the entire north area (from Netanya to the Hermon). I am finally paying back.