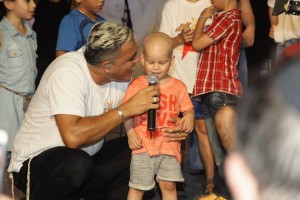 One of the most popular movies in the eighties was about a family who spent summers at a resort. As a teenager, I watched the movie over and over again. How I envied that family and their annual trip to the resort!
Twenty-five years later, it was I who was making that trip.
Another therapeutic fun time by Ezer Mizion: an invitation to come with my children to their amazingly well-prepared summer retreat. Ezer Mizion – the place where I go every week to meet women like me. We are all part of the “Cancer Club,” but we’re in different troops.
I am considered in the best situation – the one who survived the “illness.” Yes, there is a hierarchy among us, too. I am in a place that the others in the club envy. There are those who are still fighting and then there are those whose child is the one who belongs to the club. I don’t envy them at all. They are the ones who are on the highest rung of the “holy ladder.” 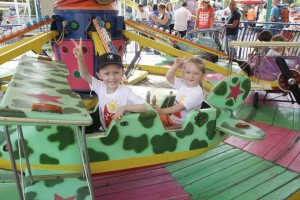 I don’t know where to begin in describing to you how empowering this intensive, joyous retreat was. Eighteen-year-old girls took care of the children with huge dedication, a model to my children that they could never have gotten elsewhere. I had experiences and saw sights that I won’t see for another hundred years of my life: A child getting out of his wheelchair to hug the counselor who escorted him during his week-long journey.
Yes, the founder is a rabbi. And no, he did not try to influence anybody to be a baal teshuvah. When he gave a speech, he spoke only about how we as parents can help our children and gave wise advice. This is a group of humanitarians who pay no attention to religious differences. Who are not interested in the political opinions of the people they help. Whose primary concern is the drive to help every person who needs help, whoever he may be, and the desire that everyone s 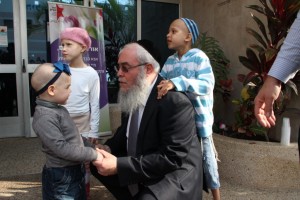 hould be happy. Everyone. Religious and secular, women who come in t-shirts and chareidi women, Ashkenazim, Sephardim, from all corners of the country. The common factor connecting them all at Ezer Mizion’s Donald Berman Rehabilitation Center is the cursed disease of cancer – the one that turns families upside down and strikes at their foundation.
For almost a week, we danced, laughed, created, watched performances, sent balloons flying, ate together, cried together, and felt that there are people who care. Who do what they can to help.
It was kind of strange for me at first. Strange that people volunteer and sweat when they are not getting any financial compensation. Convoys of jeeps with volunteer drivers who gave of their time and good heart and spent an entire day taking us on outings. It is inconceivable. There were photographers who came, motivated by the desire to give, without recognition. When I asked one of them if I could com 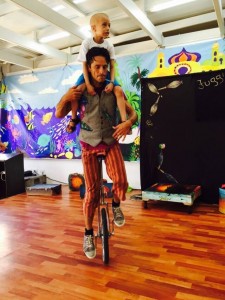 pliment her by name in my post, she asked me not to.
Two days before, the children exuberantly blew soap bubbles from their gliding parachutes. The parents had handed over what is most precious to them to Yumi and his staff and they handled the children like fine diamonds. Quietly, with deep anticipation, child after child, hundreds of children, reached the horizon smiling, triumphant, loved.
Thanks to Ezer Mizion, I had an amazing summer at camp– rich with far more true value than the movie of my teenage years.
Thank you, cancer, for enabling me to meet such good people on my journey.