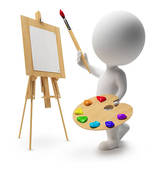 N. F., a loving Mommy, a successful social worker. She had it all. During her nine-to-five hours, she helped those others- the ones who didn’t have it all, the ones whose lives had been turned upside down by cancer. She was the rock they leaned on, the one with advice, the person who helped them practically by obtaining services that they were entitled to, instructing them on then ins and outs of insurance. Then the ‘rock’ crumbled. “At first I almost welcomed a day off to relax. I hardly ever took sick leave. But this was no ordinary sickness. Antibiotics didn’t help. Mouth sores and hematomas appeared. I couldn’t breathe and I was way too tired to enjoy a sick day. My heart didn’t want to know what my mind already did. I had become one of those ‘others’.
Leukemia.
Then came chemo. Hospitalizations. Isolation. My kids were frightened. I was frightened. But the pull of motherhood is strong and so I bought a bag of prizes and sent one each day for my kids. It helped to maintain the connection but a puzzle is not a mommy. They remained under the care of strangers, traumatized, unable to understand. And I, their stronghold, was unable to function even when I was home.
Then I discovered art. Actually it was art that been pursuing me in the form of the kindest, most sensitive, yet most persistent in her gentle way, Ezer Mizion art therapist.
“During the hospitalizations, she would come to my room and offer me art materials. Me? Art? What do I have to do with art? I even hated using a crayon as a child! Each time, I would politely decline, sure that she wouldn’t come back again. But she didn’t give up. I must have been her most uncooperative customer. One week I decided to show her how unsuited I was to anything that even hinted of art and so I took marker in hand to prove to her that I had been right all along. That’s not what happened. Suddenly I found myself involved in the work. The pain began bothering me less and I felt a surge of emotional energy that had been a stranger to my being these past months. Unbelievably, I found myself waiting for her each week. Much of my handiwork became prizes for my girls and soon they refused store-bought prizes, sensing that a bit of their Mommy had been absorbed into the home-made creations I sent home. Art became my communication with those I loved. And, even more important, art became my communication with myself. It became a means of emotional healing for the devastated soul that resided in the inner me.
Later on, it even became a means of financial support when I opened a small home business selling art.
I continued in an Ezer Mizion’s Donald Berman Rehab Center Art Therapy Group even after I was out of the hospital. It was the tool that kept me away from depressive thoughts, leading me slowly but steadily along the road to emotional health. Artistic creations became my hobby. No, my lifeline as I tried to find my way back to normalcy. Art did even more for me. My life now is so much better than it had been. It has taken on a depth that I hadn’t known existed before the cancer.
I have no words to thank you, dear Ezer Mizion therapist, for not giving up on me, probably one of your toughest cases.”
For further info: www.ezermizion.org