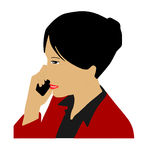 It was not that long ago when little Irit would complain, “I want one, too,” each time her big sister, Chen, received a snack or a toy. As is the way of the world, the sisters matured and Irit no longer watched with eagle eyes to be sure she received her share. However, there was a time, when they were both young adults, when Irit did wish she could also have the gift that was bestowed upon her sister. What was the gift? It was the rare privilege of saving a life.
Not everyone would have such desires. But the two daughters of Simon and Dinah Cohen were raised to consider it an honor to help others. Irit was thrilled that her sister would be one of the few whose DNA matched that of a cancer patient in desperate need of a transplant. Chen had registered some time ago with Ezer Mizion, the largest Jewish bone marrow registry in the world, but never expected to be called. Irit did everything possible to help her older sister while Chen underwent further testing and was then treated to increase her stem cells. When the big day arrived, the family gathered to encourage Chen who was to spend hours attached to the machine that would separate her stem cells, preparing a tiny bag of ‘life’ for another Jew.

It wasn’t an easy procedure but Chen was her parents’ daughter through and through. She didn’t flinch at the discomforts and radiated joy at the opportunity to save a life. The certificate presented to her by Ezer Mizion still occupies a special place in her home.
Not long after, the phone rang in the Cohen home. Dinah watched as Simon’s facial expression changed from confused to incredulous to intensely joyous. “I’m calling from Ezer Mizion,” said the voice on the line. “Your daughter, Irit, has been found to be…” “It was like winning the lottery twice!” Simon later told his wife. When the Ezer Mizion staff member understood that Chen had already saved one life, he was deeply moved and cried out, “Irit can also save a life. You are a family of givers, of angels!”
Two sisters…two lives…two worlds…and two very proud parents.