“My two sons are adults but they took it real hard. I think they were afraid they were going to lose their father.” A.S. recalls those horrific days when he learned that he would be battling cancer for the second time. “My wife is a librarian. She did what comes naturally to her and researched the disease. And panicked. There were so many possible outcomes and a lot of them …not good. But she was there at my side, terror and all.
My family was tested for a transplant. We had high hopes. Surely from among all the members, there would be at least one good match.  Our hopes plummeted as, one by one, the responses came back. Every single one: negative. True, there were millions among the linked registries but they were millions of unrelated strangers. If my family was not a match, what hope is there for a stranger?    We were therefore stunned, elated, euphoric (!) when Ezer Mizion found Moshe  – a 10 out of 10 match.
I was fortunate that the then-head of my cancer treatment center, who is also a member of my synagogue, gave me great hope by pointing out the many possibilities for treatment and the past success of stem cell transplantation. His guidance greatly added to my feelings of security during this horrific nightmare. 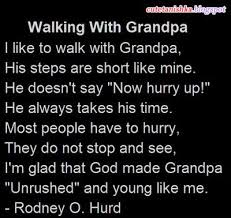 I am ever so grateful to Ezer Mizion. The transplant has allowed me to live long enough for both my sons to marry and for both to give me three (now 16 mos., 19 mos. and 4 years) grandchildren. They are the absolute delight of my life, and my life would have been so less rich without them. It is 9 years later and I am now retired and lead an active life of biking, swimming, hiking, traveling, reading, and remaining active in my synagogue, where I was president back in the ‘90s. Every day is a new reminder that I am alive!
A.H. is another cancer patient whose sole chance to survive had been a transplant.  His family had been so worried about an aunt of his who was suffering from colon cancer. But him? He was barely an adult. He had 2 rounds of chemo and then found himself in ICU for two months just barely conscious. Each day, the doctor would tell his mother that any day can be his last. He finally recuperated but the staff did not think more rounds of chemo were advisable after his last bout. And so the decision was made to let things ride and hope for the best.
He was cancer free for two years but then the monster came back. With chemo not an option, only a bone marrow transplant could save his life.  Would a match be found? In time?  Ezer Mizion did find that match and he’s fine now and has one message for anyone out there engaged in the same battle:  ‘Never quit fighting and never give up hope.’