Menachem Weiss, a “special” teen with CP, reports every week to Merkaz Ha’inyanim on an angle of life that he alone can talk about 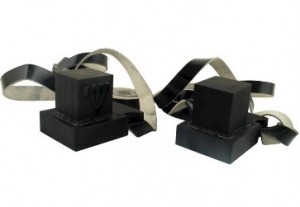 Shalom dear readers!
I recently had a very, very special experience. My nephew, Yissachar, became Bar Mitzvah this week. Well, every family affair is always a major hurdle for me. Not always is it possible for me to attend. The Bar Mitzvah would take place on a Thursday so that he can receive an aliyah. The entire family got ready for the event and, because of Ezer Mizion and their devoted driver, Amitai, that included me! It was so exciting.
Early on Thursday morning, my brother’s friend, who is also my friend, arranged for an Ezer Mizion ambulance to take me. The ambulance would be allowed to get as close as a vehicle can come to the Kotel. Of course, my family also came along with me.
We left early in the morning and drove for over an hour until we got to the Kotel area. They wouldn’t let us drive in from the direction we had come so we had to turn around and come from a different direction. There too, there was a roadblock and it took a long time, but in the end, we got to the square in front of the Kotel.
Even then, they told us that it’s not possible for the vehicle to come in. But Abba and Amitai – the wonderful Ezer Mizion ambulance driver – insisted. After some persuasion, the security people finally allowed us in.
I got out of the car and everyone walked towards the Kotel. My brother had already organized a comfortable area for us to daven. My sisters and nephews came and also some of my brother’s close friends. There were shtenders there, so I could put my siddur down. I was quite comfortable.
My nephew, Menachem, the Bar Mitzvah boy’s older brother, was the chazzan for the tefillah. He has a very strong voice, so there was no problem hearing him. Before the Torah reading, those in charge went to bring a sefer Torah from the aron kodesh, and Amitai wheeled me there, too. He didn’t want me to miss a moment of this exciting day
The Bar Mitzvah boy had the first aliyah because he is a kohein. He read the section from the parshah very beautifully, and when he finished saying the berachot, all the women of the family, who were standing on top, above the mechitzah, threw tons of candies as is customary. His friends, who were with us down below, also threw candies, just like in the beit knesset.
Before we left, Abba took me close the Kotel to pray privately for a few minutes. Afterwards, we all got organized in cars and went to celebrate the Bar Mitzvah meal. I don’t know exactly where it was, because I’m not that familiar with Jerusalem, but it was a very nice restaurant. When we got there, the table was already set for a festive breakfast. It was actually close to lunch time, but we hadn’t eaten anything before we left, so by then, we were starved. This was the first time I was in a restaurant. I’ve read about it many times but it takes Ezer Mizion to enable me to really experience what had up till now been something I knew only from the pages of books. It was a special experience for me. The food was very unique and tasty and I enjoyed all the interesting things that were there- the tiny packages of ketchup, sugar and salt, the menu with all those choices, the basket of all kinds of breads, the waiter who took our order so patiently even though we changed our minds so many times
In the middle of the meal, my brother got up to say a devar Torah. My brother-in-law also spoke, as well as a few of my brother’s friends. Menachem, the Bar Mitzvah boy’s brother, also said a few words, and then, at the end, the “star of the show” himself got up to thank everyone.
We had a kind of activity in the middle, in which everyone gave the Bar Mitzvah boy, who loves nosh, some kind of candy that was connected to him somehow. For example, someone gave him “jumping beans,” because he is always jumping and moving, never sitting still. Likewise, the other candies were also connected. It was very funny.
We left leisurely at around noontime and got home in the afternoon, so it turns out that the Bar Mitzvah took almost a whole day. Naturally, we did not need to eat lunch, since we were still full from the meal at the restaurant.
Mazel tov to Yissachar and to the entire family. Wishing you much nachat and many more joyous occasions!
At this opportunity, want to thank Amitai, the wonderful ambulance driver who made my participation in our family simcha possible. It meant very much to me and I am sure to my whole family.
Until next time,
Menachem Weiss
For further info: www.ezermizion.org