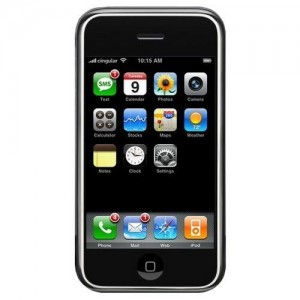 You could feel his desperation over cyberspace. Avi* posts in facebook hoping that somehow someone, the right person, would pick up his post. It was a longshot and he knew it but he couldn’t give up. He just couldn’t. He writes that he is a 4th time corneal transplant recipient. “I need your urgent help! I am currently in California. On my flight on the way here from Israel, my two eye medications to prevent rejection of the implant leaked. I brought an extra set with me, but the drops are almost running out. My sister purchased the medications for me in Israel but is having trouble getting them to me. Do you have a connection with anyone coming from Israel to Los Angeles or San Diego in the next three days? I can’t get this medication here. Please help me!”
Everyone who viewed the posting felt bad for Avi but what can they do? It may be a small world but not that small. From Israel to California??? Within the next couple of days?! One viewer had an idea. He vaguely remembered an organization in Israel called Ezer Mizion that had set up a What’s App group called Linked to Life. Maybe. Can’t hurt to try.  With 6.500 volunteers all over the world, things started buzzing.

This urgent request was forwarded to Elchanan, at the Linked to Life Calling Center. First step was to confirm that the medication has all the necessary transit approvals. With the ok in hand, it was all systems go. Messages appeared on hundreds of screens. Like a relay race, the medication was picked up from the sister’s home and eventually brought to someone who was flying out to NY that day. Now how to get it from NY to California? More screens buzzed on the US side.  It wasn’t long before a response came in from someone who was flying from NY to LA that night. Mission accomplished in less than 24 hours!!!
Still reeling from the speed at which his request was filled, Avi responded:
A few minutes ago, I came back from a house in Los Angeles, where I picked up the medications that arrived for me from Israel.
I had posted the request and some of you passed it on until it reached Ezer Mizion’s Linked to Life network. As a result, I arrived at this moving moment where I have in my hand the medicine that is so important to me.
So, a gre

at big thanks to Elchanan Levine, head of Ezer Mizion’s Linked to Life Calling Center, who put the  volunteers into action.
Thank you to Gilad who suggested that I contact Linked to Life. You’re a terrific friend!
Thanks to my beloved sister Yael, who got a hold of the prescription and purchased the medications.
Thank you to all the friends who passed on the post and to those who tried to help by responding to the post and otherwise. You warmed my heart!
When I get back to Israel, I am planning to become a volunteer for Linked to Life, and pass on this kindness further!

The beauty of the idea behind Linked to Life is that people are going anyways. With a tiny bit of effort, they can help out another Jew. But it doesn’t always work that way. 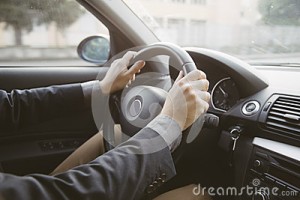 Listen to this story from Moishe Hillel, dispatcher in Jerusalem: this morning a request came in to pick up a disabled boy’s crutches from Jerusalem, take it to Tel Aviv for repair and pick it up at four, bringing it back in time for him to walk to his learning program tonight. Easy. I had the two volunteers within minutes. Both felt good that they could help him out. His crutches are full-body. Without them he cannot walk at all. At three o’clock, another call came in to pick up some urgent medical tests from a hospital in Tel Aviv and bring them to Jerusalem. Simple, I thought. The volunteer slated to take the crutches would take both items. Not so simple. He texted me that he wouldn’t have enough time to pick up both items. Perhaps I could have someone else pick up the tests and meet him further down the highway. Minutes were ticking by. It was getting close to four. What do you do when you you’re stuck with something that has to be picked up in Tel Aviv? You call Naftali Rubinstein, of course. A great guy and a Linked to Life member.  It wasn’t long before he buzzed me: it’s all set. I have a volunteer to pick up the tests from the hospital. He’ll bring them to Jerusalem. I found that pretty amazing- that Naftali was able to find someone so fast who was going just then to Jerusalem. I was wrong. I thought I knew Naftali but I guess I didn’t know him well enough.  He had made a few tries. Saw it wasn’t going.  Dropped what he was doing and ran. Himself. Two hours each way. In the heat. We’re very fortunate that these are our colleagues in Linked to Life.
Do you live in the US and would like to join Ezer Mizion’s Linked to Life? SMS: 011 972 52 580 8936
For further info: 718 853 8400     5225 New Utrecht Ave Bk NY 11219         www.ezermizion.org