Parenthood. Sometimes we err on the side of caution. Sometimes the opposite. It’s so hard to know. A year and a half ago, Shachar developed a slight limp that got worse with time. His twin brothers had been born shortly before that, and I thought at first that it was just a ploy to draw our attention. 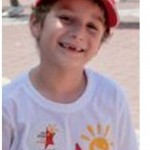 We waited. When it got worse, we had him checked out by an orthopedist who said it was growing pains. But growing pains shouldn’t prevent our fun-loving son from functioning. We brought him back. This time the orthopedist had comprehensive tests done. A biopsy was included. We tensed. ‘It’s just a precaution’, we told ourselves. But our hearts didn’t listen and we worried.     After the biopsy, Shachar couldn’t walk. We were helpless. That’s when we first encountered Ezer Mizion.  An Ezer Mizion ambulance took us home. There was no other way to do it.

The test results came in. It wasn’t growing pains. It was that word that we didn’t even want to say. After we received the grim diagnosis and were admitted to the hospital, we met the Ezer Mizion representatives. They enveloped us in warmth and sincere concern and helped us as much as they could throughout the period.

Shachar participated in crafts and social activities geared to provide professional therapy and also a spark of fun for our son who was living in a nightmare of  pain and scary machines. We, as parents, enjoyed the hot meals delivered each day by Ezer Mizion’s dedicated volunteers. When you are sitting at the bedside of a child with cancer, sometimes you don’t even have time to get out of your chair and get yourself something for lunch or dinner. Ezer Mizion made sure we had a hot meal every day.

Last year, Ezer Mizion also made a dream come true for Shachar: He was filmed singing and dancing, for a special clip in honor of the New Year. He drew a lot of energy and empowerment from that experience. 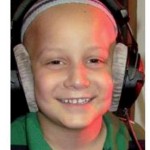 Shachar finished his treatments and is now in the midst of an orthopedic rehab process. We hope to close the door of the ward behind us very soon. Words cannot express our thanks to Ezer Mizion for all their help and support, and especially for the knowledge that some cares about you and is there for you in your most terrible days.”