Survival mode. That’s the only way to describe it. When my daughter was out of the house, I lived normally. When she was home, it was all about getting from one minute to the next with the house, her siblings and my sanity usually less than more intact. Pandemonium reigned. Every day. My children hardly knew what it was like to live in a normal home. Invite friends over to study for a test? Absurd. 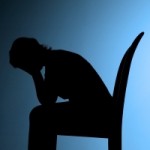 Play a game of checkers before bed? Maybe for two seconds at the most. They didn’t even try. Have a quiet talk with a child about a problem at school? There was no quiet. Most families experience a taste of this type of day at difficult times like erev Pesach or after the birth of a baby but the knowledge that it is only temporary makes it doable. And even at such times, the chaos is controlled.  We had no end to look forward to in the foreseeable future. My eight year old dreamed of getting married and living in a calm house. My high-schooler looked forward to the occasional school Shabbaton. 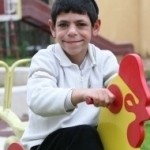 A friend found me crying, unable to cope, seeing my children grow physically larger but unable to receive the motherly attention and love that is due to every child. Never. Ever. She had a suggestion. Ezer Mizion. “They have activity clubs after school,” she said. I was desperate enough to try it. I had hoped for a place for my daughter to be so as to give us a break. What I received was so much more. From the first day, she was evaluated with a program geared to her needs. She was welcomed with love by professional staff and volunteers who believed in her and instilled confidence into her fragile ego. Within four months, for instance, there was a vast improvement in her ability to eat without turning my kitchen upside down. They determined what she is capable of accomplishing and set up her activities accordingly. She developed a feeling of satisfaction at accomplishing at her level which spilled onto her general behavior. She was calmer when she finally arrived home after a full lunch and supper and satisfying activities in between. We, her family who loved her but found it so hard to live with her, we breathed. We enjoyed family suppers, we read stories, we played games, we talked. We rediscovered normalcy. And when my daughter arrived home, we were able to lovingly greet her as she shared her day with us. 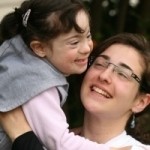 Erev Shabbos used to be the height of tension. My husband would take her out while I prepared for Shabbos. I raced, knowing that his ability to keep her outside was limited. When he arrived, he would be exhausted. All preparations had to be finished before. It would take all of us to prevent her from undoing them.   Now she attends the club on Friday afternoons, comes home with a smile and tired enough for a nap until candle lighting. The family even has a chance to rest a bit before Shabbos.
Throughout the year Ezer Mizion comes to the rescue. Even Tisha B’Av, staffed by people who have been fasting all day, the club hosts its guests all afternoon. The piece de resistance came in the summer when school had ended and we were faced with the nightmare of 24/7 bedlam, although definitely much improved from pre-Ezer Mizion days. Ezer Mizion came through again with the biggest surprise of all-a summer camp geared just for kids like her. My children couldn’t believe it when I suggested a trip to the zoo during vacation.  Such a simple pastime but so out of reach with a special child. Now that they have lives of their own, they are able to reach out to their special sister with more love, more caring, less resentment. We’re a family now. Each one giving to the other. Ezer Mizion, I thank you from the bottom of my heart for giving me back my family. May you all be blessed.