Today, the first day of school, four-year-old Jonathan Nachmias will not go to kindergarten with his friends. According to the Health Ministry’s directives, children with a compromised immune system – such as Jonathan, a leukemia patient – cannot attend school until a full six weeks elapse from the end of the polio vacc 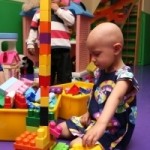 ination drive, which is scheduled to last through November.

After traces of the polio virus were detected in sewage systems in southern Israel in recent months, health ministry authorities initiated measures to ensure protection from in the event of an epidemic.

Most Israeli children received the injected polio vaccine containing the inactivated virus as infants and again in periodic booster shots. But for the last nine years, the health establishment deemed the additional oral vaccine, with the weakened live virus, unnecessary. Now, to strengthen the children’s immunity and also promote environmental immunity, a nationwide drive, “Two Drops,” was launched, in the goal of issuing the oral vaccine to all Israeli children under age nine. The oral vaccine stimulates the system to produce antibodies and does not pose a health risk to the healthy recipient. However, for people with a compromised immune system, exposure to the newly vaccinated children may be potentially hazardous.

“I want to be a regular kid already,” said Jonathan to his parents. And he is not alone. Estimates are that some three hundred children in Israel suffer from a level of immune suppression high enough that contact with children who received the vaccination could endanger them. This includes children with a gamma-globulin deficiency that prevents their body from producing antibodies, bone marrow transplant recipients who did not receive the usual three injections of inactivated vaccine as infants, and children receiving chemotherapy treatment. 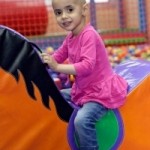 In any case of doubt, the Health Ministry urges parents of immunosuppressive children to consult with their doctor before making a decision.

Jonathan will join his friends in kindergarten only in mid-January – six weeks after the vaccination drive draws to a close. “He missed school for half a year,” sighed his mother Betty. “Now his return has been pushed off again.” 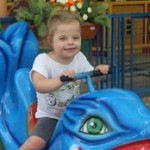 “Oranit is a guest house for children and youth with cancer,” explains Dr. Bracha Zisser, director of Oranit. “Here, the children can play without being exposed to dangers to their fragile immune system.”

Concern about sending children off to school is present also among the families of some 25,000 children who were never inoculated against polio – not even with the injected inactivated virus. At the same time, the Health Ministry asserts that the risk to these children is not increased as a result of administration of the weakened live virus, since they are in any case exposed to the wild polio virus passed among those who did not receive the oral vaccine.