Over the last two years, Pini Doron had plenty of time to think about the anonymous donor whose bone marrow donation saved his life. 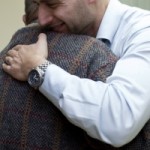 Last week, the two were finally able to meet, and Pini and his family had the chance to personally thank Elad Levi, 35, from Tel-Aviv, the man who – with minimal effort – was privileged to give life to a husband, father, and grandfather Pini Doron.

At the moving meeting, Pini read aloud a letter he had written to the anonymous donor. Below are a few excerpts from his letter, which express the magnitude of charged emotion present at such an encounter.

Special thanks also to MARCOS & ADINA KATZ of Mexico whose personalized Donor Pool sponsored Pini’s lab testing when he joined the Registry and enabled this lifesaving transplant to happen.

Shalom!
I will begin from the end, or perhaps it is the beginning, and say – thank you! For your willingness to donate, for the noble character of your giving, and of course, for giving us the opportunity to meet you and thank you.

Yes, thanks to your giving, I merited life.
Unfortunately, I remained alone of all my family without a match.

The thought that a total stranger should be a 100% match for me, both genetically and in blood type, raised all kinds of thoughts and sparked my curiosity.

Many thoughts at different levels rolled about in my mind over the past two years, ever since I was suddenly hospitalized at the oncology ward, in the isolation room of the Davidoff Center. I stubbornly blocked most of these thoughts and focused on the “here and now.”

At every single stage, you were there along with me:
The stage when I was informed I would need a donor, which brought on the thought, “Would they find anyone?”

The stage when they promised that there is a good chance they would find me a donor.

The stage when their promise came true: they found me a donor. You were 33 years old then. I tried to imagine, who are you?

The stage of waiting for the conclusion of the preparatory process for the transplant, which took only three months, but which was fraught with uncertainty, and with the firm belief that you would not withdraw from your decision to donate.

The day of the transplant I was preoccupied by what you were going through, with the knowledge that you were in the hospital, hooked up to a machine that was filtering out your stem cells for me. And then the anticipation of this “potion of life” reaching the transplant ward.

The most powerful moment for me was when the doctors and nurse came in to do the transplant. To see that some anonymous person’s bone marrow was about to enter my body, to transform my fate. 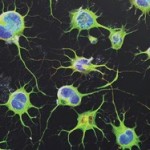 This is the moment when I actually felt confident that we would succeed, and I knew that we, you and I, would do it as it should be done. This sense of assurance was so strong that I asked to munch on an apple during the transplant. The doctors did not know how to “digest” my request. In retrospect, I think there was deep symbolism in my request for a primeval fruit, at the moment corresponding to my own re-creation.

After the transplant, I knew that on my part, I would do everything in order to meet you one day. The thought never crossed my mind that we would not meet. And now, we are here at this encounter which is so moving for me and my family.

And I know from your letter, that it is moving for you as well. You wrote that the opportunity to give that came your way influenced you deeply. I hope that from now on, we will find ways to get to know each other better.

As you can see, I do not stand here alone.

At my side are my wife Pnina and my children, who withstood the ordeal together with me.

My special recovery process, which is not yet over, was accompanied by many people who rallied and took part in the effort. I want to share some of that experience with you and give you a scrapbook they prepared after the transplant. They are old friends – you are a new one. They gave a hand – you threw me an anchor.

It is only fitting here to give Ezer Mizion their deserved acclaim and thank them for founding the International Bone Marrow Donor Registry that serves all of us, for their unflagging work to raise awareness in the general public, and for saving my life and many other lives.

At this opportunity, I cannot help but express my deep appreciation to the wonderful and dedicated medical staff at the Davidoff Center, who, for the last two years, cared and continue to care for me. Over this two-year period, I never missed a chance to thank them.

To you, this is the first time I am privileged to say, “Thank you.”

As usually is the case,

reality and the Divine Force of life have been playful with us, and chose for us to meet, of all times, shortly before Yom Kippur, when we wish one another, “Gmar chatimah tovah” – May you be sealed in the Book of Life!

With your stem cell donation, you gave me the seal of life. May people like you abound in Israel!