Catchy title, isn’t it if you know Hebrew? The title was created by the members of one of Ezer Mizion’s Social Clubs for women in the process of mental health rehabilitation. The evening entitled Yetzirah b’chol Tzurah enabled the women to display their creations, which ranged from crafts to poetry, from dance to art, all which had been produced at Ezer Mizion’s Mental Health Division’s  various programs. 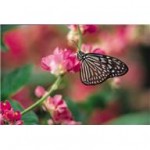 The Social Club serves as fertile soil for personal and social growth and development, as well as community integration, support and acceptance. The club operates three afternoons a week as a milieu for social interaction and development of independent capabilities in a number of different life spheres.
Present at the event, in addition to the proud organizers, were representatives of the Health Ministry, the staff of Ezer Mizion’s Mental Health Division, and the women’s mentors.
At this unique and moving evening, creations were presented which open a window, revealing the private, fragile inner world of these women. Each of the members present could identify with Estie’s definition of independence and with Bella’s powerful description of fear. Listen as they recite. 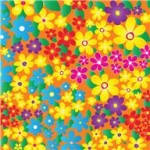 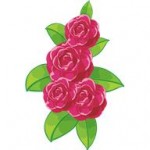 There is a Fear/ Bella
There is a fear
That screams in a whisper
That knocks your head in the wall
There is terror
That freezes you
Maybe
We won’t be able
To hold on.
Though it is rare,
It is there,
Creeping into every corner
Gnawing at every good bit
Of self-strengthening,
Of self-control
Bringing us back to the beginning. 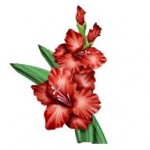 But caught in a malady that threatens to overpower. They desperately grapple with every means to free themselves from its grip.  The audience sits transfixed in silence as Bella expresses so vividly the suffering g that all the club members have experienced.

Now let us shine the spotlight on Miriam as she presents a one-woman performance called, “Balancing the Waves.” The performance was a rhythmic, expertly choreographed dance, crafted with the tools she had learned at dance classes given at the Center.The performance was accompanied by the lyrics, which served to create a perfect whole, reflecting the same spirit of challenge and hope that arose from the women’s poetry.
“Don’t be afraid of the biting reality/ And of cold people/ Everyone carries a load inside/ And there are few who show it./ How much strength there is in a moment/ And eternity has no end/ In every tear yet to fall/ There shall be a smile as well.”
Emotions burst forth-both from the members and  from their mentors, who know so well the trials faced by these brave women- and the audience cannot restrain itself from hand  clapping to the beat of the music.

Yetzirah B’chol Tzurah (Creativity in Every Form). An evening of enlightenment. An evening of sensitivity and understanding. Another step in traveling the murky, shadowy tunnel out to the light. May it be soon.